My Experience With Tech

Technology has always interested me, and I have done many things from just owning a phone and using it every day to even building my own computer. This will detail some of my favorite things to do with technology. 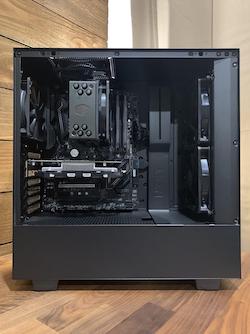 Phones are a necessary part of our lives in this day and age, and especially in a city like Seoul. We use them to do many things, such as communicate, browse the web, and play games. These are all reasons why I like phones so much. It gives so much power and things to do in such a small thing like a phone.

Unlike building computers, where you work with the hardware in the computer, when you use a computer, you are interacting with the software, like the operating system, and the various different applications. I really like to go on the internet to do things like watch videos, and I also like to play video games on my computer. This is so fun because there is so much more to do on a computer compared to a phone, and it is also much more powerful.